I recently published an alpha version of a code generation tool, DBCore, that reads a database schema from PostgreSQL or MySQL and generates an entire Go API with CRUD operations, pagination, filtering, and authentication. 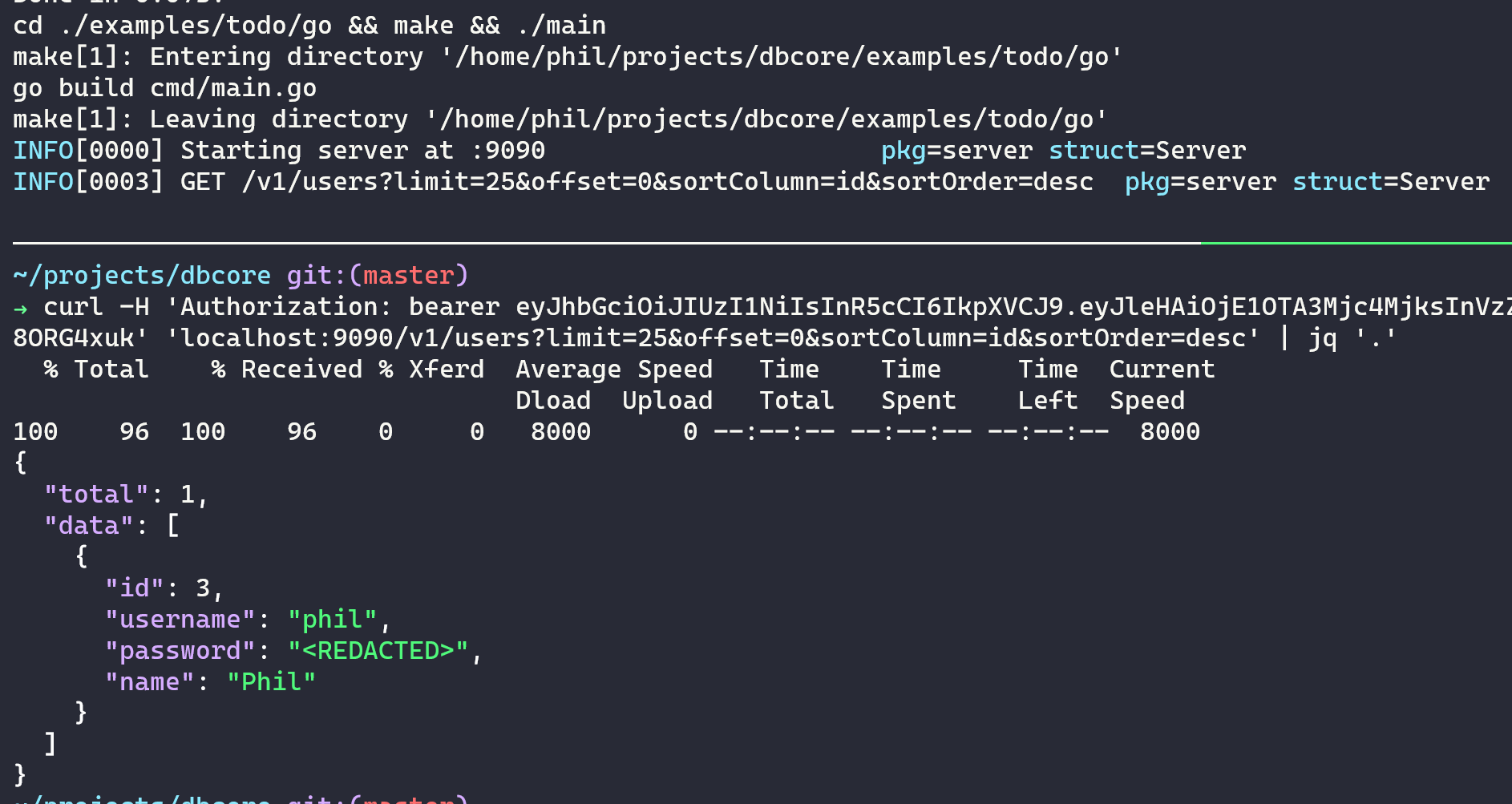 But more than just generating code like xo/xo or gnorm, DBCore defines a standard REST API that can be implemented in any language -- and includes a reference implementation in Go. I'm eager to add Java and Ruby implementations as well. And I'd be more than happy to accept community contributions.

Web application boilerplate is boring. You should do it once from scratch (preferably down to the socket layer) and never do it again. I struggled for the last few years to find the right system to reduce boilerplate. If I were building a new line-of-business application as an employee I'd pick one of Rails, ASP.NET, Spring, Django, or similar.

I've never worked on one of those frameworks professionally and I've never been able to force myself to learn any of them in my free time. But even if I could use one of these, none of them get close to giving you an entire functioning application with authentication, pagination, filtering all based on your existing database.

Over the last few years though I've relied heavily on code generation for Go projects. Code generation is basically the only way to conserve type-safe code in Go. But it's similarly popular in more powerful languages like Java.

However none of the existing projects give you much flexibility or provide you with enough templates to be useful.

DBCore is written in F# and can be distributed as a static binary on all systems .NET now supports (read: not just Windows!).

Reading from MySQL or PostgreSQL is supported but I'd like to see that extended to include SQLite, Oracle, and MS SQL at least.

As mentioned, currently DBCore only provides a Go REST API template. That only solves half the problem of building an application though. And while there are some projects that can generate an admin CRUD interface for you, I want to see that more tightly integrated into DBCore. So I'll be introducing a new template for a browser application as well. For each table in the database it will generate a page showing paginated entries and allow you to create, update, and delete.

Finally, while the tool only currently has a concept of "browser" and "api" templates, the project should be able to accept any kind of template and generate any text based on any database schema.

As always, please email or tweet me with questions, corrections, or ideas!